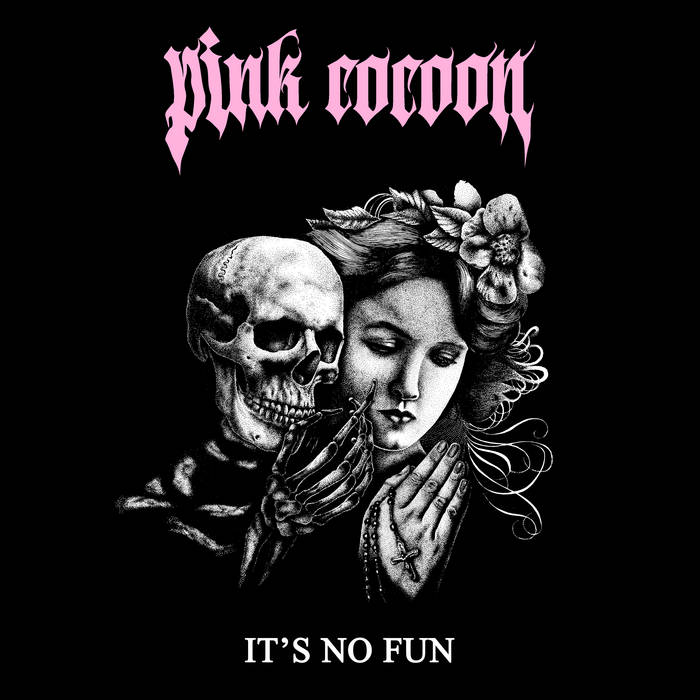 On August 14, Pink Cocoon will release its new single, "It's No Fun", mastered for maximum volume by Harry Hess (Danko Jones, Roky Erickson). ‘It’s No Fun’ is the first in a series of special singles that will coalesce to form the new EP, tentatively set for release this fall. Along the new song's release, Pink Cocoon drops a music video for "It's No Fun", shot in NYC and directed by Christian Lawrence. The clip premiered via MXDWN.

Following the release of Pink Cocoon's debut EP, 'Alienation', in 2017, Zolla – a dedicated student of guitar originators such as Jimi Hendrix and Stevie Ray Vaughan – wasted no time in taking his music to the stage, as Pink Cocoon would open countless shows for the likes of Witch Mountain, The Well, Telekinetic Yeti and the Type O Negative-driven A Pale Horse Named Death, as well as well as finding time to tour as session bassist with fellow countrymen, The Hazytones.

Producing a brand of overdriven sounds for the soul steeped in singed psychedelic riffs; leaden hard rock and percolating pop melodies, listening to Pink Cocoon is like observing an electric sermon in the hallowed hall of volume worship. Pre-order Pink Cocoon's "It's No Fun" at this location.

"psychedelic, old-school, heavy, bluesy riffs with a touch of catchy melodies and doom...Pink Cocoon’s sound is a sweet mix of acts like Black Sabbath, Jimi Hendrix, and Alice in Chains." - New Noise

Stay right there, show me your desire
chill around, I sense your fire
you don't like it, why is that so?
Use your power, take it, I go

Light it up now, oh, the lungs that need
your pain, ain't got no gain, I'm feeling so
All alone, acting like you care
Acting like you wear, the truth on you

Voices talking to me in my head
looking into the mirror, they're not real
But I know it's something that I feel
Spirit rise, oh divide and they said
The flowers of your past are sewn in your head
The memories are all dead and I know
The future of your life has taken control
and it sent you from home and I know

Producing a brand of overdriven sounds for the soul steeped in singed psychedelic riffs; leaden hard rock and percolating pop melodies, listening to Pink Cocoon is like observing an electric sermon in the hallowed hall of volume worship. December 18 will mark a return for Zolla with ‘Wasting My Time’! ... more

Bandcamp Daily  your guide to the world of Bandcamp